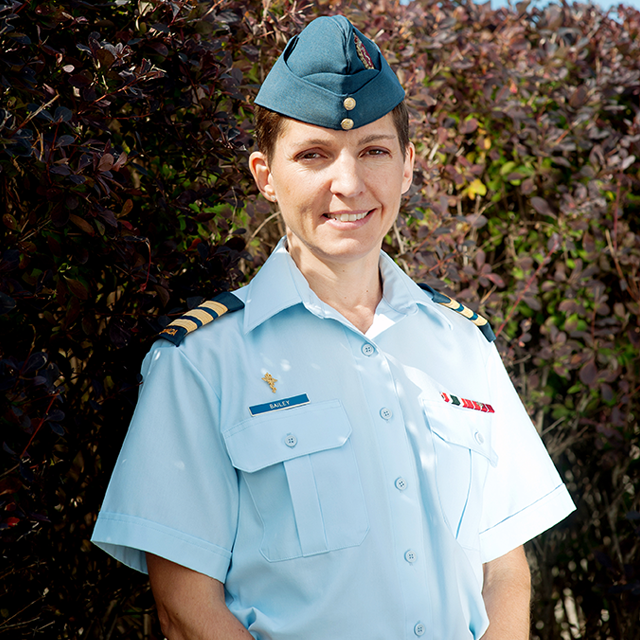 Lieutenant Colonel Suzanne Bailey joined the Canadian Forces in 1986, beginning her career at the Royal Military College of Canada, and then worked as a Military Police Officer. In 1996 she completed her MSW and provided clinical services until her posting to HQ in 2005. Since 2008 LCol Bailey has led the Road to Mental Readiness (R2MR) mental health and resilience training program. In August 2011 LCol Bailey was appointed National Practice Leader for Social Work in DND, and Military Occupation Advisor for Social Work.